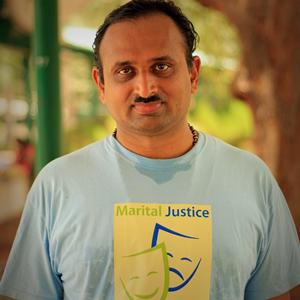 International Member of Vastaav Foundation and Founder of Marital Justice Organisation (www.maritaljustice.org) in EMEA region, is a warrior from 2007. Hardik started early in 2007 to know the laws in relation to matrimony, since he believed that one cannot trust the lawyer for more than 10%. He started to learn from Internet and within few months, started helping harassed husbands around the world. With little support from some of the harassed husbands, he started Marital Justice Organisation in UK, which he has spread across EMEA now. Hardik has helped more than 3000 persons in due course from various countries like India, UK, Germany, Denmark, Sweden, Netherlands, China, US, Japan, South Korea, Middle East, Australia etc.

He came to know about the early problems which NRI’s and foreign citizens are facing, and have found the way to deal with the same. He has also mastered the basics of law and further laws in the area of International Private Laws. Hardik has the knowledge about the laws regarding removal or LoC, RCN, NBWs etc to different countries. Hardik is also conversant with the laws of different countries and how to deal with them.

Hardik has various cases for which he is fighting since 2007. Stated with child custody case, then went to 498a, DV and finally divorce case.

As the counsellor, Hardik’s first priority is to listen to the affected party and give them the peace of mind. There are many instances where the affected persons has called and got short term strategy or response, for which the affected persons gets peace in their mind. The affected persons are emotionally disturbed and are also under pressure to settle the matter by paying the high price, beyond their capacity of paying. Affected persons are also having the misconceptions about their legal rights, their lawyers also pour some fuel in these conditions to extract much more amount from them so that they can get heavy commission in settling the matter. We at Vastaav, help persons to know their legal rights, remove any misconceptions and prepare them for the fights. Different cases has different strategies, which the counselors can tell, based on the various factors of the cases.

Attending the Vastaav meetings also help persons to know more about the strategies used. The concept of group dynamics work in this area. When the person asks some queries related to his case, and the answers given by the expert counselors, This helps the persons to know what to do if such situation arises to him, or has some better approach on how he has dealt with this issue. Regularly attending the meeting would help you not only to fight the cases, but also to put the opposite side in trouble.

Hardik has also authored ‘Unlocking Evidences’ and ‘Gender Biased Custody Laws’ documents, which is useful in fighting the cases, and is further documenting some of the aspects of meditation.