Another Weapon in Making – Marital rape 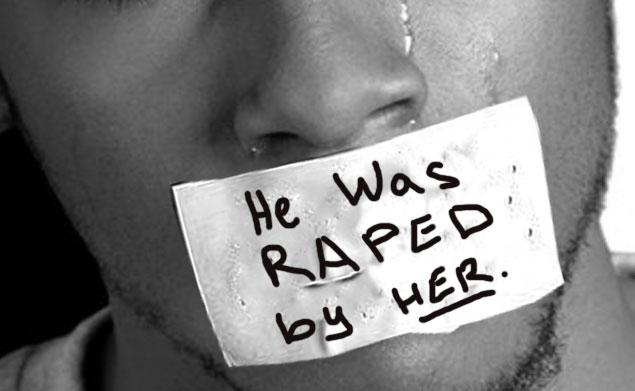 The current hotly debated topic creating much buzz these days is #MaritalRape. Statements such as Why won’t India criminalize marital rape? OR Marriage sacred, concept of marital rape cannot be applied are much creating new headlines.

Currently there is a lot of misinformation around issue of #MaritalRape being legally allowed in India. It is already a punishable offence.

The provisions available for providing relief to a wife in case she complains of marital rape:
The wife gets residence order which provides her shelter to stay and restraining order on husband which means he can’t move around a stipulated distance from her and this restrain remains constantly applicable as long as the order is valid. This also means she gets to throw her husband out of his own house. As she stays in his house and he can’t come within a distance to her as prescribed by courts.
She gets monetary relief for sustenance of herself and kids. She can also get her husband and his family arrested by using #498a

All such relief currently is being given in thousands of cases. So anyone telling you marital rape is allowed is indulging in misinformation campaign.

Adding Marital rape under IPC 375 rape section would only create more ease for extortionist to harass innocents. Now every broken marriage has a potential of becoming a dowry harassment case, if this law is passed every failed marriage will become a #MaritalRape case.

On the other hand, where do we stand on #Male rape in India. It is not surprising to note that as per our The Indian Penal Code, Section 377, is the only section that criminalizes all acts of non consensual carnal intercourse, including male-on-male rape. The rape definition in Section 375 of Indian Penal Code does not include male rape.

In the 2013 Criminal Law (Amendment) Ordinance, rape and sexual harassment crimes were gender neutral. The term “rape” was removed and substituted with “sexual assault”. But strong objections were raised by feminist groups that made the Indian government decided to restore the term rape and state that only men can be the rapists of women.

We live in a Country where its is predetermined and presumed, strongly asserted too that All possible crimes are perpetuated by only one Gender – Male.

So it becomes very easy for any crime that comes to light, only one gender that will be facing the wrath of Justice will be none other than – Male. So till the time the law, the society at large, the money vultures and #fakecases specialist, people trying to settle a score with you don’t catch with you, till then your good times last. Because once you fall into such an evil trap then even God will not be at liberty to save your skin by the time they have done away with you.

A question that troubles pains me a lot is .. Is Rape a physical thing only??, Is Rape as such cause there is no consent taken ?? and since it is most heinous of crimes then Why taking away somebody’s peace of mind, happiness and respect not a Rape ?? Why forcing a #fakecase on a person and on his entire family not considered a Rape  too ??. So if Rape is much more beyond the physical trauma then Yes !! Men & their families are raped too – Mentally, emotionally, physically, financially and socially as well. Who will dare to take a stand for them…. any body to step forward.

But there is still some Hope as on May 5, 2015 Men, Women, families from all over India are gathering at Jantar Mantar to raise voice against gross abuse of IPC 498A and demand creation of a Men’s Commission to allow men of this country also to live a life of dignity. #Satyagrah4Men has been organized by several NGOs under Save Indian Family Movement, the protest also marks culmination of 2500KM Journey of Dr Santosh Potdar and his wife Geeta , who have travelled all the way from Karnataka to New Delhi on a tricycle, demanding creation of a Men’s Welfare Ministry and scrapping of 498A – a law that’s been abused much more than used.

Till the wrong is set as Right … the movement will march on !!